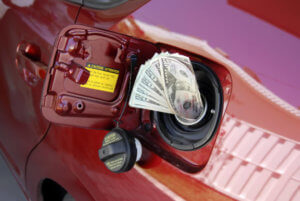 Gas cards can be a really great value when used correctly, but a new report in Forbes finds that most cardholders are spending more than they’re earning. Experts say that rising gas prices mean more consumers will be likely to carry balances over month to month. Gas prices have already hit $3 in most parts of the country and may top $4 before the end of the summer. That means high transportation costs for American families. And if you put those costs on credit, you may not pay the balance off every month.At the same time, credit card interest rates are on the rise, too. The Federal Reserve has already raised their benchmark rate several times and they’re expected to do so again. Every time the Fed rate increases, so do the interest rates on most credit cards. Reward credit cards tend to have higher APR than other general-purpose credit cards. But experts say APR on gas cards is much higher than even other types of reward cards.

The average APR for a general-purpose credit card with no rewards just hit a record high of 16.83% at the end of June. Reward credit cards have an average APR of 16.9%, but that’s still almost 10% lower than most gas cards.

“Such high interest rates mean these types of credit cards are only good if you’re an expert at managing the debt,” says Gary Herman, President of Consolidated Credit. “If you pay your balances in-full every month to avoid interest charges, then gas cards may still be a good value. But for everyone else, the cost is generally higher than the rewards you earn now in 2018.”

How to use gas cards interest-free

According to the American Bankers Association, 44% of credit users are “revolvers.” Revolver refers to a card user that carries at least one credit card balance over each month. This is opposed to “transactors,” who are cardholders that pay off their balances in-full each month.

The cost of being a revolver with gas cards

Let’s say you have an economy vehicle with a 12-gallon tank. You fill up every week. With gas prices currently around $3, that means you spend about $36 every time you fill up. Multiply that by four weeks and you spend about $144 per month on gas.

Now, if you only make the minimum payment on the gas card, you spend $15 each month. But one third or more of each payment goes to cover accrued interest charges. What’s more, you’re only paying off a small percentage of what you charge each month. So, your balance increases over time. The higher it gets, the more you pay in interest charges.

Here’s the breakdown of the math:

“Minimum payments are usually a slow descent into debt problems,” Herman says. “As your balances go up, that high APR means more and more of each minimum payment is used to cover interest.”

Herman also says you need to keep in mind that the rewards you earn on gas cards are quickly offset by interest charges. Usually within 1-2 billing cycles of carrying a balance, you’ve cancelled out the miles you earned or the cash back you saved.

“Transactors get a great value out of reward credit cards and gas cards because they don’t pay interest charges,” Herman concludes. “But if you’re using reward credit cards, and particularly high APR gas cards any other way, you may not be getting as much benefit as you believe.”