Ending the Confusion to Achieve Homeownership

Home » The Buzz » Lifestyle » Ending the Confusion to Achieve Homeownership

Lack of awareness about critical assistance programs holds many would-be homebuyers back.

The housing experts at Neighborworks.org put out an annual National Housing Survey each year. The fifth survey for 2017 was released at the end of September.

93% of adults surveyed believe that homeownership is still part of the American Dream. That’s consistent with results Consolidated Credit found in our Financial Independence Survey released earlier this year. 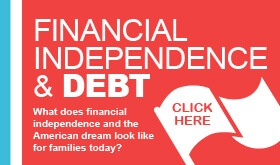 The big result, however, out of the National Housing Survey is just how much confusion surrounds the homebuying process.

According to the survey results, most adults – not just Millennials – find the homebuying process complicated:

The average Millennial homebuyer thinks that the minimum down payment required for a traditional mortgage is 21% (it’s 20%). Meanwhile:

“Down payment and closing cost assistance programs exist to help first-time homebuyers overcome common barriers to achieve homeownership,” explains Maria Gaitan, Housing Director for Consolidated Credit. “These vital programs help families overcome the initial cost burden of buying a home. That way, you can buy a home even if you face challenges like limited income.”

The idea is simple: Most first-time homebuyers don’t have the 20% down payment necessary to qualify for a traditional mortgage. Even if they use an FHA loan, that still requires a down payment of at least 3% of the purchase price. Then there are also closing costs, which typically range from 1-3% of the purchase price. That large lump-sum of funds needed is often the biggest barrier people face when buying a home.

Homebuyer assistance programs help homebuyers overcome that barrier. If you buy a home in a certain area designated by the Housing Authority in your area, then you can receive assistance. The trick is knowing where these designated areas are and what programs apply. These can vary by state and even municipality.

“HUD-certified housing counselors are a first-time homebuyer’s best resource to overcome barriers in buying a home,” Gaitan says. “They are versed in the assistance programs available in your area, so they can help you find the easiest path to achieve homeownership. You can also take first time homebuyer courses to get educated. In fact, a certificate of course completion is often required to qualify for down payment or closing cost assistance.”