Most DIY Thursdays, we focus on a cool craft project, decorating idea, or party planning shortcut that you can use to save a few bucks. This DIY Thursday, we’re switching it up and doing something a little more financially focused – how to consolidate debt on your own.

Of course, there are plenty of DIY guides to debt consolidation on the web, but what makes this a little unique is that the story of consolidation outlined below is real. Not only am I a certified financial professional telling you this will work, and this is what I really did to consolidate my own debt at the end of last year. I go over my starting and ending balances, credit score changes and some pitfalls I wasn’t aware of until I got into the process myself.

My goal is that this will help you understand how debt consolidation using a personal loan works so you can decide if it’s a good choice for you if you have more credit card debt than you’d like to be carrying right now. If you have balances that you carry over month after month, your debt is costing you money and reducing your cash flow. This could be one solution that will help you get ahead.

However, the balances on my other two rewards credit cards had gotten uncomfortably high. I had a $4,800 balance on one and $6,150 balance on the other. Since these balances were carrying over every month I was basically losing the value of any of the cash back rewards I was earning. Here’s why:

Realizing that my rewards credit cards were essentially useless at this point, and that even making payments well over my minimum payment requirements – I was paying about $800 per month – weren’t getting me anywhere fast, I decided to consolidate.

Deciding to use a debt consolidation loan

So I knew at this point that I needed to consolidate, but the only question was how. I had over $10,000 in credit card debt to pay off, so I wanted to find the most efficient method for getting rid of the debt quickly that would work for my budget.

There are effectively three ways to consolidate:

Debt management programs through a credit counseling agency are great when you either have too much debt to pay off reasonably on your own OR you don’t have a high enough credit score to qualify for the first two on your own. The minimum amount of debt a debt management program consolidates is $5,000, so while my 10K seemed high to me, it’s not high compared to the debt most people usually go into credit counseling to eliminate.

My credit score was also still relatively high – although a high credit utilization ratio was dragging my scores down into the high-fair or low-good range, I’d kept up with my payments, so I had no negative remarks to hold me back. In other words, I could easily qualify for DIY consolidation.

So which DIY option do I use? I checked credit card offers and they were all offering 0% APR for 12 months at my credit score. That’s great, but not for what I needed. Consider that I had over $10,000 to pay off, so to eliminate it before the interest charges kicked in – which is what you want to do with balance transfers – I would have to pay over $900 every month. That wasn’t exactly going to be easy on my budget, so the low-interest consolidation loan was a better option. 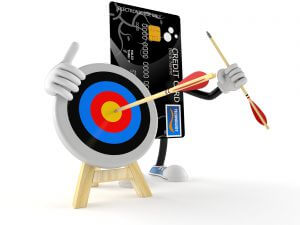 Although I’d received plenty of debt consolidation loan offers in the mail from companies like Prosper and Lending Tree, my first stop was to my credit union. Luckily I was able to become a member of a great credit union here in South Florida, so I usually get financing through them unless I can get a much better rate somewhere else.

I wanted a loan for $12,000. My credit card debt was only $10,950 to be exact, but I knew my cat needed a surgery and once my debt was consolidated, I didn’t want to just go back to charging and running my balances back up.

I used the online application which gave me a calculator to play around with the payment amount and term, and ended up applying for a 48 month loan for $12,000. At that amount, my payments would be less than $300 per month. Within 24 hours, the lender called me with an approval at 8.23%. I compared this to some of the rates I’d received in the mail and it seemed to be a solid offer, so I took it.

Keep in mind that when you consolidate, you want the interest rate to be somewhere less than 10%. Otherwise, you’re just not paying off your debt efficiently. So 8.23% was right in the range I wanted to see. We completed the online paperwork using docu-sign and the whole process was done in one week.

Be aware of direct disbursement

One thing I wasn’t aware of when I started this was who the money had to go to once I was approved. The credit union insisted on direct disbursement to my creditors. Basically, anytime you apply for a loan, you get approved based on your debt-to-income ratio – that’s the amount of debt you have relative to your income level. So while my DTI was good enough to get approved that was only true once my credit card debt was eliminated.

In other words, my DTI was too high with the loan AND my credit card balances, so the lender wanted to ensure the money they were giving me was going to be used to pay off the credit cards. So they required direct disbursement to the credit card issuers. This meant instead of sending me the money so I could pay Chase and Capital One, they sent the money to them directly. I gave them my current balance amounts and they cut checks, then sent me the difference.

My creditors were paid in about a week and I had the money for the vet appointment on the day it was approved. I had zero balances on my credit cards and the only non-mortgage debt payment I had was the $295 per month on the loan. The whole process took 2 weeks, at most.

Another warning to DIY consolidators is to make sure you’re not charged interest on the debt that was paid off. It’s a weird Catch 22 about how interest charges get applied to credit card debt, but it’s also easy to get rid of by calling your creditor and just chatting with them a bit.

So I noticed on my Quicksilver statement that I received in December to be paid at the beginning of January that I was still paying interest charges – $107.73 to be exact. But my debt was eliminated, so I had a zero balance. How in the world was I getting charged over $100 when I’d paid everything off and hadn’t charged anything new?

The answer was that Capital One applies interest to your “balance subject to interest rate” and to figure out that amount, they take an average of the daily debt level you had for the month. My credit union sent them the money in the second week of December, so while I’d pay off the $6,150 balance the automated system still calculated that I had to pay interest charges on my “balance subject to interest rate” – which was over $5,700.

That seemed kind of screwed up to me. I mean, the whole reason I’d consolidated was to avoid interest charges, and now here I was stuck with another month of charges. The frugalista in me refused to stand for it, so I called to ask them about it. And guess what? The representative I talked to saw my point and immediately called a supervisor over to authorize a removal of all of those charges. I cut the bill out completely that month. So yes, it’s worth it to call for a chat because it will often work out in your favor.

I checked my other credit card that was through Chase and because of the difference in how the billing cycles were done, that card didn’t have the same problem. But you can bet that if it had, I would’ve been on the phone with them too! 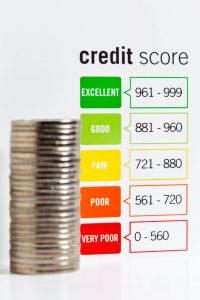 So following consolidation, my budget was fixed because my payments were down to $295. I balanced my budget again so I was only charging daily expenses strategically to earn rewards, but only taking on enough debt that I can pay it off in-full at the end of each month. This way, my rewards are actually worth the cash back that I earn with each transaction.

However, the biggest win came with my credit scores. I use Credit Karma and monitor my scores regularly. My TransUnion score was 710 out of 850 prior to consolidation (the low end of good) and my Equifax score was 679 out of 850 (the high end of fair). Following the two issuers reporting that my balances had been eliminated my TransUnion score jumped to 790 (excellent) and my Equifax jumped to 780 (also excellent).

Now that my scores have been high for a few months, my next DIY financial project is to call Chase and Capital One to negotiate lower interest rates. I love my Freedom and Quicksilver, but both cards have APR over 20%. Given my high credit scores and on-time payments as a loyal customer for the past few years, it should be possible to get lower rates. I’ll be posting a new DIY Thursday post on negotiating interest rates once I’ve tried it myself to have all of the ins and outs you need to know.