Is your City Coupon-Savvy? You’ll Never Guess Which City Is Savviest

Home » The Buzz » Is your City Coupon-Savvy? You’ll Never Guess Which City Is Savviest

When we hear of a coupon clipper, most of our minds instinctively gravitate towards poor, low income or elderly – not to a city where the average 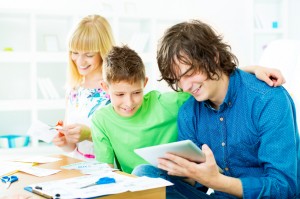 household income is over $75,000.  And, when we hear of San Francisco, the natural connection is with an expensive city, high standard of living and the iconic Golden Gate Bridge. However, debunking these judgements that the most prevalent coupon users come from the lower income subset of the population, San Francisco – one of the wealthiest cities in the top metropolitan areas of the U.S. – is the savviest coupon city in the nation.

That’s according to data from the latest Savings Index survey  from Coupons.com that shows Americans used 1.6 billion coupons last year, saving a whopping $2 billion on groceries and household goods. San Franciscans alone saved more than $56 million by using Coupons.com and were three times more likely to use coupons than shoppers in other cities.

But San Francisco residents have not always been the most coupon savvy. In 2013 they held the Number 14 spot among the Top 25 Most Frugal Cities List and Orlando was the most coupon-savvy city.

Ironically – or maybe not so ironic considering we’ve established that the most coupon savvy households are not financially strapped – the two cities with the highest annual household income – San Francisco and Washington D.C. – saved $106.9 million in couponing.  That’s nearly as much as the rest of the markets combined. The average annual household income in San Francisco is more than $75,000 and it’s upwards of $65,000 in Washington D.C.

Two Florida cities also made the list – Orlando which held the top spot last year now sits at Number 3 and Tampa retained its Number 4 spot from 2013.

Just in case you’re curious as to whether your city made the list of America’s Top 25 Most Frugal Cities they are listed below. To those cities that made the list, MissMoneyBee says thumbs up. As for those that didn’t, there’s always next year. With the advent of the internet, mobile devices and apps, coupons have never been easier to redeem – saving both time and money. So go ahead, redeem those coupons. There’s nothing to lose but added cost and time to be gained.  Happy Couponing!