How to Achieve Your Dream Retirement

Home » The Buzz » Lifestyle » How to Achieve Your Dream Retirement

It’s a legitimate fear of many who are on the cusp of retiring – that is running out of money in retirement. 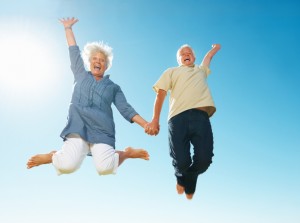 While some Boomers dream of basking in the Florida sun, or revel in the prospects of spending the rest of their lives on the open seas cruising and marveling at the wonders of the world, some others just want to stay put and enjoy their grandchildren. But whichever retirement idea they’ve dreamed up no matter how different, they all need money to sustain themselves and their lifestyles.

Stephen F. Lovell, president of Lovell Wealth Legacy, a retirement expert who emphasizes a comprehensive approach for well-being during one’s golden years, says 2015 can and should be the start of that good life.

“Many baby boomers will retire in the next few years, and for many of them that dream has a nightmarish tinge – they’re worried they’ll run out of money,” Lovell, says. “More Americans could be living their dream during retirement, wherever they go to play.”

In order to achieve that, Lovell says implementing these three simple strategies will help turn your dream into reality.

Hopefully you have a budget already and included in there is saving for retirement. And if you don’t, it’s probably time to monitor your spending closely to see where your money is going. If you haven’t already, be sure to include saving for retirement as a set expense in your budget.

“A household’s discretionary spending on nonessential goods and services like a second smart phone case or the premier movie channel could top 30 percent. And that is often twice what you intended – but you don’t see it until you budget,” Lovell says. “Budgeting puts you in the driver’s seat. From there you can control where you spend. You’re buying on purpose, and sometimes you get a nice surprise. That alluring vacation is now within reach.”

Seek the help of a financial professional but know what you want before you do.

For instance, data shows that women age 65 should plan for at least 20 years in retirement to maintain their current lifestyle, 18 years for men.

“Remember, 40 percent of retirees underestimate their life expectancy, according to an Ernst & Young study,” Lovell says. “So if you don’t want to run out of money, create your financial plan to cover this extended retirement period. Then, your odds for a comfortable retirement are improved.”

A good way to keep money coming in throughout your retirement years is to invest. Make sure to have a good mix of both high and low risk investments, so all of your retirement money isn’t in things like risky stock options. Lovell says try new investment types.

“Many new investment types have appeared to solve planning and retirement issues. Yet most investors limit their choices by relying exclusively on stocks, bonds and cash,” Lovell says. “From 2000 to 2013, the stock market, for all its ups and downs, wound up at roughly the same place, around 1527. At a 2 to 3 percent investment cost per year, many investors, for all their efforts, lost money!”

Lovell says he educates his clients by bringing to their attention the wide universe of investment types that often are more suitable solutions for the client’s benefits.