Life’s circumstances can change in a blink of an eye and you can suddenly find yourself living in different shoes. Many women, both those who are wealthy and those who are a little less so, fear becoming penniless and homeless as they get to retirement age.

So if you harbor those fears, you’re not alone. 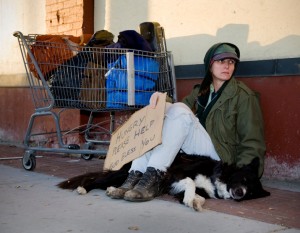 In a poll of 2,200 women between the ages of 25 and 75, Allianz found that half of all American women share a fear of becoming a “Bag Lady.” This phenomenon, known as the “Bag Lady Syndrome” is one where women are afraid of losing their financial independence.

These fears are not unwarranted. Historically, women earn less than men during their lifetime and may therefore have less money left over for savings. And, according to the survey, women who were the primary breadwinners for their households are the most prone to having these types of fears.

Consolidated Credit has a wealth of free resources to help you. From budgeting tools and tips to retirement to certified credit counselors who can help you get out of debt.