$177,000! That’s the average amount an American is expected to inherit according to HSBC Holdings, a banking company. 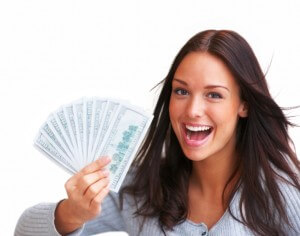 The cliche “easy come, easy go,” should never apply to an inheritance, but often does. Studies show heirs lose, spend or donate half of their inheritance. Although you didn’t work for it, bear in mind that Aunt Tilly or Grandpa Tom probably worked really hard to amass the wealth they have passed on to you.

The reality is such that an inheritance often starts with grief which is one of the most profound emotions we ever experience according to Chris Bennett, co-founding partner of a consultant firm The Abbott Bennett Group. And so making financial decisions based on emotion is never wise.

“Particularly with the death of a parent, people can feel a whole range of emotions – guilt, overwhelming loss, anger, relief,” Bennett says. “It’s a very bad time to make decisions that can affect you and your family for the rest of your lives.”

It is important therefore that heirs think of their inherited wealth as the income it could provide over the rest of their lives, and not as a lump sum. So what do you do if you aren’t financially savvy to begin with? After checking out Consolidated Credit’s section on how to manage your finances, follow these tips so you don’t waste your inheritance.

“People need to plan for inheriting wealth to avoid the pitfalls that result in so many heirs making emotional or ill-informed decisions they later regret” says Michael Abbott, a veteran financial consultant and CFO of The Abbott Bennett Group.

Abbot and Bennett say the following three tips will help you plan and make the best of your inheritance.

•  Before turning non-cash assets into cash, ask questions—seek expert advice
People inherit everything from real estate to stocks and bonds, IRAS, gold and jewelry. Regardless of what you inherit there are tax burdens attached. So as you make financial decisions it’s important to keep taxes in mind. The last thing you want is to pay a large portion of your inheritance on taxes. In order to preserve as much of your inheritance as possible, learn the best way to minimize the tax burden for each asset. Tax laws are complicated so you might want to hire a CPA to help you.

Abbot says, “Once you’ve liquefied the asset – once you’ve turned it into cash – it’s too late. Life insurance is an exception. You won’t be taxed on that. A ROTH IRA that’s more than 5 years old will also be an exception if the amount is exempt under the current federal estate tax rules.” ($5.3 million for 2014.)

• Roll tax-deferred retirement plan, into an inherited IRA
“An IRA or 401(k), for instance, is a tax-deferred asset – the person who left it to you did not pay taxes on it, Bennett says. “So if you take it in a lump sum, which some plans require, everything you withdraw will be considered taxable income for you.”

So, pay particular attention to your IRA inheritance. Bear in mind that withdrawals are considered income and are thus taxable. What you can do instead is opt to roll that money into an inherited IRA. An inherited IRA retains the deceased’s name and clearly indicates it’s inherited. Do not add it onto your own IRA. Be sure to spread your withdrawals so your money will continue to grow over time.

• Have a conversation with your loved ones before they pass

The subject of a loved one’s mortality and what you stand to inherit after their demise is a tough conversation to have. But Abbot says one of the biggest mistakes people make is to shun the discussion on inheritance while everyone is still alive and well. Doing so allows heirs to know their loved ones’ wishes so they can make plans – without emotion – for what they may do with the assets.

Not only will it help you decide what to do with your inheritance, but allowing a loved one the opportunity to express their wishes of what to do with your inheritance will also give them a peace of mind. Although these aren’t easy conversation starters, if your loved ones want to initiate the conversation, as emotional or unsettling as it may be, let them. Abbot says, “Some adult children won’t initiate the conversation because they’re afraid of appearing greedy or eager for their parents to die.”

He continued, “Sometimes, the parents want to discuss matters but their children aren’t comfortable addressing mom and dad’s mortality. Even spouses avoid talking about it. It’s the most easily avoidable mistake families make.”

While it may be hard to bring up the subject, Bennett says timing is everything. If a family you know or a family in the news is dealing with estate issues use the timing to bring up the conversation.

Inheritance can be a life-changing experience. One that also represents your loved one’s financial legacy Bennett and Abbott agree.

“Managing it well and preserving it is an important thing you can do in memory of that person you lost.”