Keep Fido away from the Thanksgiving dinner table, save a trip to the vet

Home » The Buzz » Keep Fido away from the Thanksgiving dinner table, save a trip to the vet

Humans salivate over the slightest smell of food. For dogs with a much keener sense of smell, it must be torture. While humans can stop the 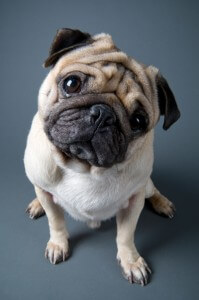 drooling by indulging, Fido can’t.  Certain foods are very harmful to your dogs and can trigger gastrointestinal infections and canine pancreatitis.

So instead of passing your mother-in laws pumpkin pie to Fido under the table, skip it. Keep an eye on little Johnny so he doesn’t slip his heavily buttered vegetables to Fluffy either. Every year, countless dogs head to the vet after Thanksgiving. The main reason? Family sharing foods intended for humans with their pet pals.

Don’t let those puppy dog eyes force you into feeding him from the table or under it. Doing otherwise may cost you if not your dog but money. Dr. Jan Bellows, a veterinarian in the Miami area says avoid these top three doggy health hazards on Turkey Day:

1.   LEFT-OUT LEFTOVERS: Many dogs get sick not from being fed directly but because they climb up on the table and eat huge quantities of food when humans aren’t there.

2.  FOOD NO-NOS: Don’t give your dog turkey skin, turkey or poultry bones, onions, grapes, raisins, fatty foods, or other holiday items that are harmful or toxic to dogs.

3.  DENTAL DAMAGERS: Avoid plastic bones, ice cubes, antlers, and bully sticks — all of which can cause painful doggy tooth fractures.

So what can you give Fido instead?

Bon Appetite to you humans and “Bone-Appetite” to Fido and Fluffy!

Happy and Healthy Thanksgiving to you and your pets.