How to Gain Financial Success Even When Money is Scarce 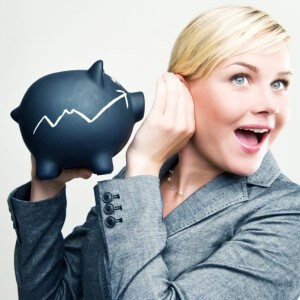 Janet is in her late thirties and shares an apartment with her two siblings and two nieces. She has two degrees, little job experience and over $45,000 in student loan debt.

Post-graduation, it took Janet a year to gain employment. She settled for a job, albeit fun, pays little – she can barely make ends meet. Janet works paycheck-to-paycheck and does not have an emergency savings fund.

Luckily for Janet, she still has a decent credit score so she qualifies for credit cards easily – although, she exaggerates her annual income during the application process.

Janet applied for cards that offered 0 percent APR, maxed them out and paid the minimum. She does not have a financial plan and is about $50,000 in debt – student loans and credit cards combined.  She lives in constant fear that an emergency will arise and she will be in no position to take control financially.

Janet is not alone.

Fifty percent of Americans have less than one month’s income saved for emergencies according to a study by the Corporation for Enterprise Development (CFED), a national nonprofit organization that empowers low- and moderate-income households to build and preserve assets.

These statistics do not surprise Gregg Murset, a financial planner and CEO of MyJobChart, an online chore chart for kids.

“A lot of people living at a variety of different income levels live life paying bills, and living paycheck by paycheck,” Murset says. “The problem is that people are not planning to fail but are failing to plan.”

Murset asserts in order to become more successful with your money you need to take a thorough look at your financial situation.

“First, determine that you are going to control your money and not the other way around,” he says. “Get really good at sizing up something as a need or a want and don’t be ashamed or embarrassed to stick to your decision.”

Setting up an automatic savings plan and hiding it will also increase your chances of success with money. “If you set it up and the money disappears automatically each month it is really likely that you won’t even miss it,” he says. “It’s not the amount that really is the most important thing.  It’s the fact that you are doing something consistently each month.  It will literally become something that is “out of sight, out of mind”.

In addition – “Set up a separate savings account, with a separate financial institution and make a point not to check the balance very often,” Murset says. “Set a password on the online access TOTALLY different than the one you use for everything else.  As you put some of these roadblocks in the way of yourself, you will largely forget about that money and not be tempted to get back into the hole you just dug yourself out of.”

For people like Janet who take on 0 percent interest cards and max them out, Murset says, “These introductory rates and zero percent offers always have a catch. The low rates go away after a while and by that time you are caught in the trap of having a balance too big to pay off completely and then you have to start paying some serious interest rates.

If you get sucked into the zero percent or low introductory marketing ploys odds are you will pay the piper,” he says. “When you simply pay the minimum balances on bills and don’t understand your true debt you are only digging a deeper hole.”