How to Escape Your Unemployment (or Under-Employment) Trap

There’s good news for jobs in the United States. 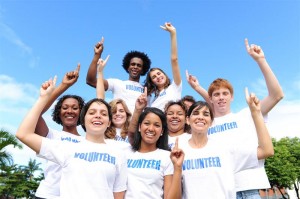 •  In June, the private sector added 288,000 jobs, according to the Bureau of Labor Statistics.

•  The unemployment rate has shrunk to 6.1 percent, the lowest since September 2008, when the Great Recession was just starting. The rate has dropped nearly 2 percent since the beginning of 2013.

•  The U.S. Payroll to Population employment rate (P2P), as tracked by Gallup, now stands at one of its highest points since tracking began in January 2010.

•  More companies, states and cities are either raising their minimum wage or considering it.

Does this mean that we can put our minds to rest regarding jobs and prosperity? Not exactly, says Richard B. Alman, principal and chief career/employment strategist of Recruiter Media, the world’s largest owner/operator of career websites.

“It’s great that reports show improvement, but the good news comes with an asterisk; we need to keep in mind the term that has become so common since 2009 – the ‘new normal,’ which, in part, refers to a lower expectation for prosperity,” says Alman, who has managed human resources for Fortune 100 and smaller multi-national companies.

“Raising the minimum wage, for example, is a step in the right direction for many, but it’s certainly not happening everywhere and it doesn’t guarantee a living wage. California raised its minimum to $9 per hour, but that’s a state with a very high cost of living.”

What is the quality of these new jobs, and how many hours do they offer? What about the Catch 22 ensnaring the long-term unemployed, who can’t get work because they don’t have jobs? And where’s the hope for the recent college graduates who are deeply in debt and can’t find the jobs they’ve prepared for?

Alman has a blueprint that can help would-be employees in these tough positions.

•  One word: volunteer. “This is, by far, the best advice I can offer if you feel like you’ve tried everything and it hasn’t worked,” he says. Volunteering can pay very high dividends for anyone who is unemployed, under-employed or simply looking for a new career trajectory. It helps current and future employees of any age.

“You may not see the payoff right away, but volunteering has many long-term benefits,” he says.

•  Volunteer in positions that will build your resume´. “When you volunteer, you can update your skills and resume´, which shows potential employers that you’re not lazy,” Alman says.  “Ask for jobs that use the career skills you have. For instance, if you have a background or degree in marketing, look for opportunities to volunteer in marketing for a non-profit.”

For those with stretches of long-term unemployment on their resume´, volunteering is the best way to show future employers that you value staying active and building new skills. And, if you’re a low-wage worker at a fast-food restaurant, for example, you can have a whole new headspace in which to consider your future.

•  Work on developing leads. “You can be just like everyone else who’s desperate for a decent job or you can be proactive and build professional relationships, which do more than resume´s to earn interviews and employment,” he says.

The non-profit sector attracts people who are passionate about a cause, a wide range of associated professionals and, frequently, people who are in high income brackets.

“Once again, if you work well and develop great working relationships with others, you open yourself up to a whole network of possibilities,” he says. “Who you know can make the difference.”

About Richard B. Alman

Richard B. Alman is the principal and chief career/employment strategist of Recruiter Media Inc., the world’s largest owner/operator of career websites, which offers recruiters, employers and job seekers a smarter alternative to the impersonal, less-specific “universal” employment websites.  www.RecruiterNetworks.com has been the only national, city-specific job board on the planet for more than a decade, serving more than 1,000 US cities with their own unique career web site. Alman has worked in all aspects of recruiting and career/employment strategies with corporations such as General Motors and UBS and privately owned multi-national companies.