Home » The Buzz » 10 tips for dealing with debt collectors, collection 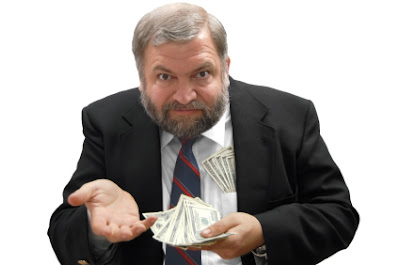 It’s something most consumers dread — a debt collector calling to ask about an unpaid credit card debt, past due student loan or medical debt.

Consumer credit counselors, debt collectors and state regulators all agree that ignoring debt collectors’ letters and phone calls is a bad idea. Deal with it, they say, otherwise matters can only get worse.

The best advice is to avoid debt collectors altogether. If you see trouble coming with debt, try to negotiate with the original creditor and work out a reasonable payment arrangement before the debt is sold to a third-party debt collector.

If that’s not possible or it’s already too late, experts offer the following 10 tips for dealing with debt collection:

1. Educate yourself about your rights. The U.S. Federal Trade Commission (FTC) has several publications designed to educate consumers about their rights under the Fair Debt Collection Practices Act. Harassing and nuisance phone calls, threats and abusive language are illegal and should be reported to the U.S. Consumer Financial Protection Bureau (CFPB) and your state attorney general’s office. Find your state attorney general through the National Association of Attorneys General. Submit a complaint to the CFPB via its website or by phone at 855-411-2372.

2. Take your head out of the sand. Don’t ignore letters or phone calls about debts or court notices about debt lawsuits. The law allows consumers to send written requests for verification of debt within 30 days of being contacted by a debt collector. Don’t dawdle if the debt isn’t yours: Debt collectors can place negative information on your credit report that remains there for seven years, which can affect your ability to get a mortgage or other loans, cheaper car insurance rates or even jobs.

“If you don’t communicate with a collector, everything after that becomes less consumer friendly,” said Mark Schiffman, vice president of public affairs for ACA International, the main trade group for collection agencies.

3. Find a consumer lawyer. If you are served with a notice of a lawsuit, find an attorney who specializes in consumer law to represent you in court. The National Association of Consumer Advocates provides an attorney lookup page on its website.

Consumers who lose court judgments may have their wages garnished. Some suits are filed by debt collectors with little proof of the original debt owed, says Mary Spector, an associate law professor at Southern Methodist University’s Dedman School of Law and director of its Consumer Law Project. Depending on the state, the statute of limitations may have expired on the debt. “Without a party appearing in court to challenge the sufficiency of the evidence, the creditor wins — often based on scanty information,” she says. Chances of having the lawsuit dismissed in court may be greater if you show up in court and have representation, Spector says.

4. Keep copies and records. There is no consensus on how long documents should be kept. Some experts say keep them as long as you would keep tax documents; some believe they should be kept for as long as the statute of limitations for the state where the original purchase was made or your home state, whichever is longer. Still, others say keep documents — especially proof of settlement or resolution of debts — forever. If a question ever arises about the debt, you will have documentation. “I still have proof where I paid off my student loans,” says Kurt Johnson, past president of the North American Collection Agency Regulatory Association, a group of collection industry regulators from 20 states. “I’ve seen cases where they came after someone after 18 years for a student loan.”

5. Safeguard bank accounts. Debt collectors can file suit against consumers for nonpayment of debts. Freezing savings or checking accounts is one of the court-ordered options for collecting debts. This can be extremely problematic for family budgets and cash flow, and experts advise having separate bank accounts for funds such as Social Security or disability checks, which are exempt and cannot be used as a source of court-ordered debt payments. Let collectors know if your bank account contains only exempt funds, experts say. Also tell them if you have filed for bankruptcy, which puts debt collection efforts on hold.

6. Don’t make it too easy. Some experts say consumers should avoid giving debt collectors their bank account and routing numbers. Make payments with money orders or some other third-party payment service so that you have proof of payment but avoid paying with a personal check. They also advise against allowing collectors to make direct electronic withdrawals from bank accounts.

7. Record conversations. If abusive language or threats are used, recording the conversation will document it. In a dozen states, you need the other party’s permission to record the conversation. “It’s a good idea to record a conversation, if allowed,” said Gail Cunningham, spokeswoman for the National Foundation for Credit Counseling. Telling the collector that the call is being recorded might be a good idea even where it is not required, experts said, as collectors are less likely to overstep the bounds when they know a tape is rolling.

8. Get it in writing. Any agreements for making debt collection payments should be confirmed in writing and signed by a representative of the debt collector before sending in any payments. This avoids misunderstandings about the amounts to be paid or time period to make payments.

9. Certify that mail. Letters can be lost in the mail. Most experts advise sending all correspondence with debt collectors via certified mail; some suggest getting a return receipt as proof that your letter was received. Need help composing your letters? See the CreditCards.com sample letters to debt collectors.

10. Debt management. Find an accredited counseling agency. The two major accrediting agencies for credit counselors are the National Foundation for Credit Counseling and the Association of Independent Consumer Credit Counseling Agencies. Work out a payment plan that works for your family budget. The FTC advises consumers to avoid for-profit credit repair companies.

Fred O. Williams is senior reporter for CreditCards.com. A business journalist since 1987, he began focusing on consumer credit while covering debt collection for the Buffalo (N.Y.) News starting in 1997. That focus led to a research project supported by a fellowship at The Ohio State University and a book, “Fight Back Against Unfair Debt Collection Practices,” published by FT Press in 2010. His work has appeared in Kiplinger’s Personal Finance magazine and USA Today, and he has won awards from the Society of American Business Editors and Writers and the New York State Associated Press Association.