The Best and Worst Things to Buy in February 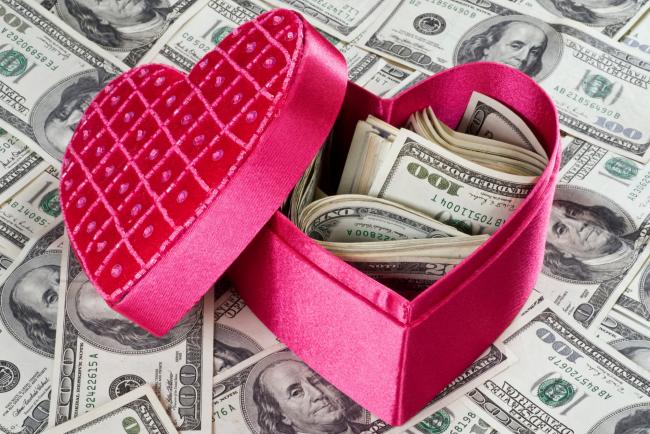 February may be the shortest month of the year, but it’s certainly not lacking in savings. You might not score as big of a discount as you would prefer on a Valentine’s Day gift, but this month you’ll find deals on several necessities like winter coats and tax software. We’ve sorted through the DealNews archives of sales, coupons, and daily deals to find out what the best and worst things are to buy in February.

V-Day Deals Won’t Shine, But Savings Will Be Sweet

Since many Valentine’s Day gifts are at their most in-demand during the first two weeks of February, the discounts on these items are generally pretty modest. However, that doesn’t mean you should give up and pay full-price for things. At the very least, look for coupons at value-driven jewelry sites like Netaya, ICE.com,Limoges Jewelry, and Ross-Simons, or lingerie stores like Victoria’s Secret; last year we found 20% off coupons at VS and Frederick’s of Hollywood during the first week of February. Even department stores are worth sorting through, if you can find a storewide shopping pass that applies to V-Day worthy goods. For example, last yearMacy’s offered several extra discounts in the lead up to February 14.

And if you don’t have a date to shower with gifts, buck up: You can still get something out of the holiday through the various freebies we tend to see from restaurants and food chains like Starbucks and Qdoba. However, these offers tend to veer in the “buy one, get one” direction, which may be a bummer if you’re going solo.

The best part about a holiday weekend isn’t necessarily the day off, but rather the inevitable sales. You can expect quite a few Presidents’ Day sales during the upcoming 3-day weekend, and they’ll take as much as 85% off on a plethora of apparel, as well as tools, bedding, and furniture. Some retailers tend to offer deeper discounts on existing sales, while others will lean towards modest coupons (likely an extra 20% to 30% off) that are applicable sitewide. Look to clothing and department stores for a big Presidents’ Day sale push.

Last month, Nintendo released a fairly miserable sales forecast for the Wii U, projecting far lower sales than previously expected. As such, you can bet that the manufacturer and retailers alike will be looking to promote Wii U sales any way they can. Such tactics to encourage further engagement with the product usually translate into new all-time low prices, as well as great discounts on accessories and games. However, the gloomy news about the console might mean that game creators will be less inclined to publish Wii U-specific titles; thus, buying the Wii U might mean committing to an increasingly less robust game universe.

Keep an Eye Out for Tax Software Deals
While Editors’ Choice tax software deals were hard to come by last year, February most definitely ushered in a plethora of discounts. Look for promotions that slash 30% to 50% off programs from H&R Block, TurboTax, and more. In general, prices remained the same throughout March as well, so there’s no need to hold off on the purchase if you’re itching to get those taxes filed.

Wait for New Models Before Buying a Smartphone

Mobile World Congress, an international phone convention in Spain, is being held later this month, and with it will come a variety of new handsets to consider. While it’s true that many of the hottest non-iOS phones, like the flagship offerings from Samsung and HTC, tend to warrant their own event announcement later in the spring, several will still get teased during the event. Either way, a slew of new phones are on their way in the coming months, and since getting a new smartphone for most people entails committing to a 2-year contract, you’d be wise to wait and see if you’d prefer the newer model. If not, you’ll at least benefit from much better discounts on the previous generation once the new hotness is out.

For the past two years, a mild winter contributed to especially steep discounts in February. This year, the Polar Vortex has likely helped retailers clear out inventory in a more efficient fashion, but we’ll still see excellent sales on winter apparel and accessories. In fact, we’ve been seeing numerous stores offer significant additional price cuts to their sale section, ranging from an extra 30% to 60% off — and that’s on top of tags that are already marked up to 70% off. Pay special attention to Express, Aeropostale, American Eagle Outfitters, Ann Taylor LOFT, Urban Outfitters, Ralph Lauren, and Gap Inc. stores for strong sales.

If you’re in the market for a new TV, we recommend looking at 55″ 3D 1080p LCD HDTVs. For the past five months the best deals on these TVs have averaged $700, and it’s only a matter of time before they hit sub-$700 terrain — especially now that 2014’s new models were announced at last month’s Consumer Electronics Show. If you don’t care for 3D, then look for standard 55″ 1080p LCDs that dip as low as $500.
And while we generally wouldn’t recommend jumping on the 4K bandwagon, the 65″ Seiki SE65UY04, which we predicted would hit $1,900 in February, actually hit $1,388 last month. That’s a 53% drop from its December launch and a much faster price drop than we expected. Again, it’s not videophile quality, but it’s a cheap way to get your feet wet with 4K technology, which might be more appealing in 2014, since there are more providers of 4K content.

Of all the laptop deals we see each month, 15″ Core i5 Haswell CPU systems are the hottest right now. For a brief moment in December they were actually cheaper than their predecessors with Ivy Bridge counterparts, as they hit an all-time low of $387. Prices jumped up to $430 in January, but we expect them to stabilize in the $400 range for the month of February, which was their pre-Black Friday average in the months leading up to the holidays.

For even hotter sales, we also recommend taking a look at touchscreen ultraportables. They tumbled to $200 in December and have remained steady at that price since then; just last month we saw them hit $199, a new low for any touchscreen notebook, which is why we kindly suggested that shoppers consider a touchscreen on their next laptop purchase.

However, many of those touch laptops come with Windows 8, which plenty of people are not a fan of. These shoppers should note that HP recently announced it will begin selling Windows 7 laptops again, with some systems receiving discounts of up to $150. While this is naturally an attempt to reignite sales, shoppers who want nothing to do with Windows 8 may find some solid deals at HP.