Helpful Hints For Completing A Balance Transfer on Your Credit Card 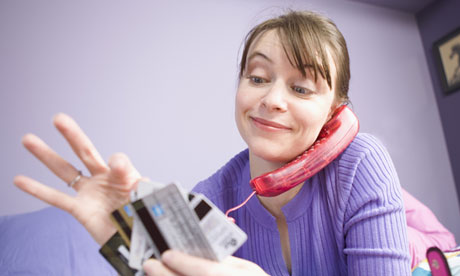 Consumers who find themselves deep in credit card debt have numerous options available to them, one of which being a balance transfer. But, not all transfers will be equal, so it is important to know how to get the best deal.

Generally, when credit card providers offer balance transfers, there will be a span during which borrowers will pay a 0 percent APR. Depending on the card, this period will differ. While it may seem like a year-long offer is generous, that isn’t the case. In fact, many companies provide their cardholders with 18 months, so credit card users shouldn’t go for anything less unless, of course, they are unable to qualify.

It won’t be free:

Lenders attempt to draw consumers in with their extended 0 percent APR periods, but just because no interest is charged doesn’t mean completing a balance transfer will be free. Most providers will charge a fee to move money from one card to another, and it usually is 3 percent of the amount. For example, transferring $7,000 would likely result in a $210 charge. There are however some companies that will offer a no-fee transfer, but a 0 percent APR introductory period likely isn’t made available to cardholders using this option.

Always pay the balance in full during the introductory period:

Balance transfers can be extremely beneficial, but that isn’t always the case. Credit card users who are unable to eliminate their debt by the end of the introductory period may find their transfer wasn’t as successful as they had hoped. Delaying payments isn’t the purpose of this debt-attacking method. The reason to complete a balance transfer is to be able to pay off debt without incurring further interest, and consumers who are unable to do so should seek alternative avenues, such as sitting down with a credit counselor.

Consider the card’s other benefits:

While consumers won’t want to spend too much money on their card after completing a balance transfer, the additional features are certainly important. For example, it may be a good idea to secure a card that comes with no annual fee. The last thing someone struggling with debt needs is to be charged a fee for simply having a credit card.