The Best and Worst Things to Buy in July

The dealnews staff published more than 6,000 deals last July. Their team has compiled a “What to Buy in July” guide to help consumers spend their money wisely. 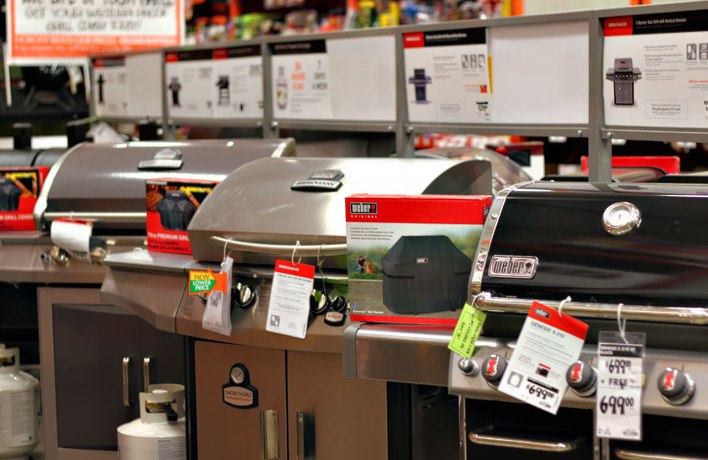 The Fourth of July is an excellent time to score a discount on summer items while they’re still in-season, which means you can finally find a deal on a grill during the holiday weekend; gas grills in particular experienced above average discounts last year. Summer clothing will also see strong price cuts, with stores taking up to 62% off on average. Also be on the lookout for extra coupons that slash up to an additional 50% off sale prices. That said, keep in mind that the prices will only continue to drop as the season progresses; patio furniture, for example, saw better discounts in August last year.

The one “usual suspect” for holiday weekend sales that we actually recommend skipping in July is bedding; for the past three years, Labor Day sales have taken much stronger discounts on these items than Independence Day promotions. If you wait until September, you’ll find a much higher number of Editors’ Choice sets, too.

Tablets Are So Hot Right Now

July is primed to be an excellent month for Android tablet deals, as we’ve recently seen an influx of high-quality discounts. In fact, the number of Editors’ Choice deals on tablets quadrupled in the month of May, and the stream of sales has held strong through June. While it tapered off slightly last month, there was still double the number of Editors’ Choice deals than normal. Slate shoppers should look for sales from stores like Staples, Lenovo, Best Buy, Amazon, and Walmart. And if you’re open to a refurbished or used model, then both Android tablets and iPads are fair game; keep an eye on CowBoom and eBay for these top-notch used deals.

As far as Apple buying advice goes, it’s an interesting month. The tech giant debuted a “new” 16GB iPod touch as well as an update to its MacBook Air. We’re recommending that consumers hold off on buying the touch though until about September, when reseller deals should knock $39 off the retail price, dropping it to $190. As far as the MacBook Air is concerned, normally we would advise shoppers to skip the latest generation laptop from Apple and look for a deal on the very similar previous generation. However, the updates to the MacBook Air this year are actually quite substantial, offering a better value for your money than last year’s Ivy Bridge model. That said, you can still get a small discount of about $49 if you wait up to two months for a reseller deal.

Put Down the NOOK Book

Rumors about the future of Barnes & Noble and its NOOK reader have swirled recently, and although it’s all speculation, the bookseller did indeed stop supporting its desktop app last month. That prompted many to wonder if the store was attempting to back away from the eBook industry entirely.

While a NOOK will certainly continue to read any B&N eBooks you buy, even if the store bows out of the market, there’s some dubious details about how accessible those books will be in the long-run if they stop producing the eReader; after your NOOK dies, you’ll have to rely on a B&N app to play them on other devices — which might not be supported indefinitely — or convert them to non-NOOK formats, which is technically illegal for DRM protected books. For that reason, you might want to reconsider further NOOK eBook purchases for the time being. And if you’ve already invested in the technology, here are some ways to protect your eBook library in case the NOOK gets canned.

Although July typically conjures up images of BBQs and picnics, this month expect to be bombarded with laptop deals. Last month Intel introduced its newest processor, Haswell, which offers improved battery life and better graphics performance than the previous 2012 Ivy Bridge generation. As a result, July will see a flood of deals on “older” Ivy Bridge-based laptops, many of which are still very capable machines. Combined with back-to-school sales, consumers can expect to see some killer laptop deals this month.

For that reason, we recommend looking at Ivy Bridge systems in order to get the most savings. These systems pack sufficient power for the average user and deals for mainstream Ivy Bridge laptops (those with a 15″ screen, Core i5 CPU, and minimum 4GB RAM) are currently at the second-lowest price they’ve been all year: $323. (The all-time low has been $299.) In the coming weeks, we expect to see deals at or below $299.

Although we don’t have much data on Haswell-based notebooks, deals in June ranged from $735 to $841 for mainstream 15″ systems. The difference here is that the Haswell laptops are all packing Core i7 quad-core processors and built with slightly better specs. So you’re definitely paying a premium over the Ivy Bridge systems. However, if Haswell’s improved battery life isn’t much of a selling point to you, stick with the Ivy Bridge laptops.

September Is a Sweet Time to Buy a Desktop

Normally we turn our attention to laptops, but if you’re still carrying a flame for a desktop PC, then it’s good to keep in mind that this category too will benefit from deals on Ivy Bridge-equipped models. However, our records show that the best time to buy a PC will be in September for mainstream dual-core systems, and November for higher-end quad-based models. And if you’re not particular about your computation needs, also take note of the fact that, so far in 2013, the average price of a dual-core desktop PC has been $100 less than the average price of a dual-core 15″ laptop, at $248.

The holidays are traditionally the best time of year to score deals on HDTVs, but this year we’ve noticed aggressive deals on many of 2013’s latest sets. In fact, diligent bargain hunters can save up to 40% off a new 2013 TV. This includes models from name-brand companies like Samsung, Panasonic, and LG. Although prices vary by size and manufacturer, LG is currently seeing the biggest discounts with deals on every size TV.

Alternatively, shoppers can also look to 2012 models for greater savings. For instance, name-brand 55″ 3D LCD TVs have remained comfortably under $800 for most of 2013 with current lows at $720. If a 55″ TV is too big for your needs, we’re also seeing all-time lows on 46″ to 47″ LCD HDTVs. In fact, name-brand 46″ to 47″ LCDs are currently tied with our best Black Friday mention ($398) while off-brand 46″ to 47″ TVs have also plummeted to a new low of $311. But while both new and older TVs are hitting great prices, keep in mind that if you can wait until the winter, you’ll likely score even bigger savings.