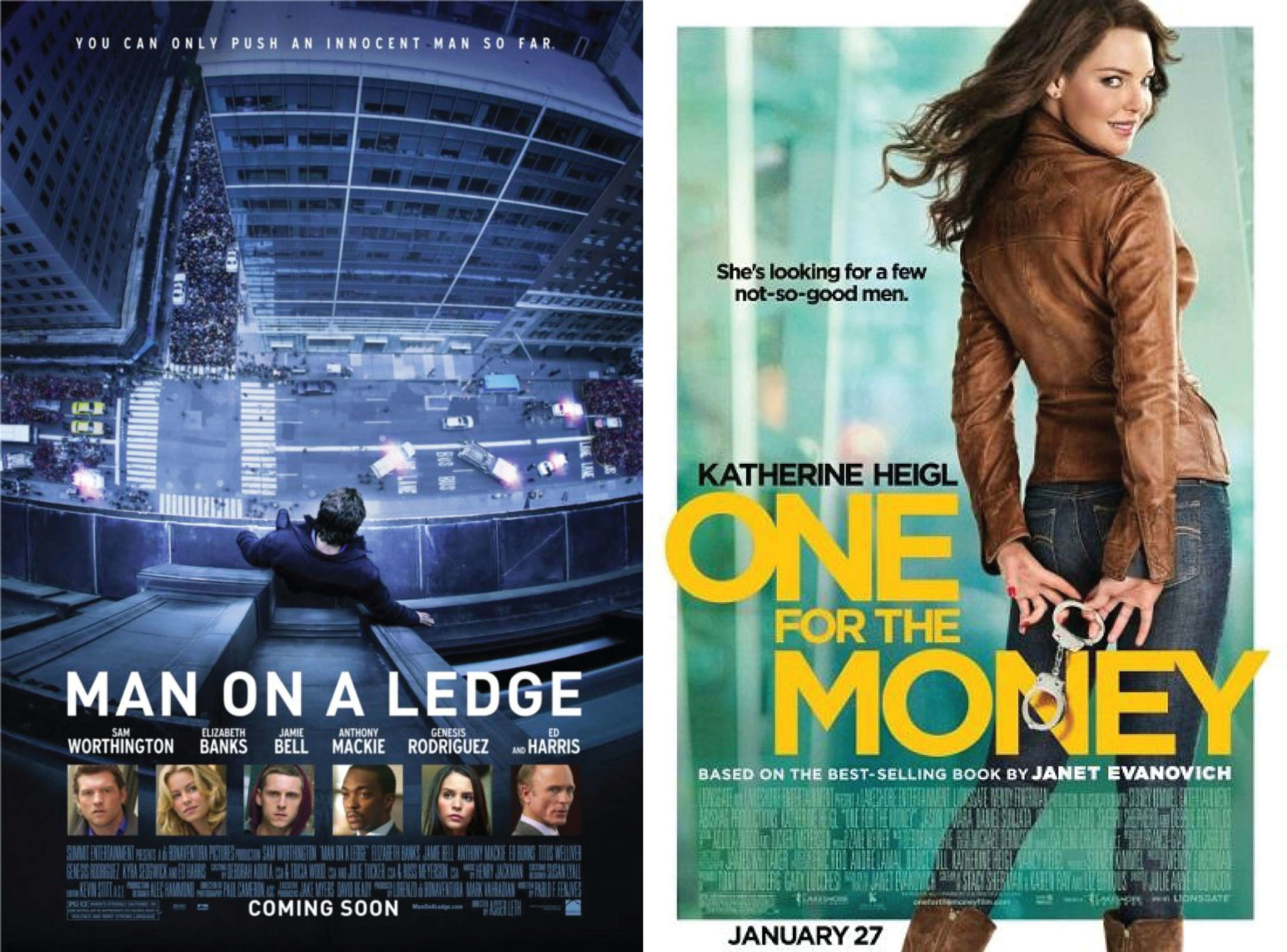 Planning on heading to the movies this weekend? If you are we have some great deals for you!

Groupon is offering tickets to see the new movie “One for the Money” for only $6 a ticket. You can either purchase 1 single ticket for $6, or 2 tickets for $12. The movie is about an unemployed and newly-divorced Stephanie Plum who lands a job at her cousin’s bail-bond business, where her first assignment puts her on the trail of a wanted local cop from her romantic past. Click here to watch the trailer.

Living Social has a deal for another movie coming out this weekend. For $12 you can purchase two tickets to see the new movie “Man on a Ledge”. The movie is about an ex-cop turned con who threatens to jump to his death from a Manhattan hotel rooftop. The NYPD dispatch a female police psychologist to talk him down. However, unbeknownst to the police on the scene, the suicide attempt is cover for the biggest diamond heist ever pulled. Click here to watch the trailer.

Both tickets have to be redeemed online, but can be used at any movie theater.

You can really save some money if you purchase one of these tickets and head to a Regal Cinemas Theater. If you do you can take advantage of their mobile coupon for $2 off any size popcorn.